I put the Twin Peaks fiasco behind us and saved the taxpayers millions of dollars.

I put an end to abusive and harmful practices which have long existed within the McLennan County District Attorney’s Office. As your District Attorney, there will never be special treatment, favors, or deals for any person, group or special interest.

I ask for your vote again to continue the fight against human trafficking, domestic violence, illegal immigration, and other serious crime in our community.”

GETTING THE JOB DONE AND SERVING THE CITIZENS OF MCLENNAN COUNTY

District Attorney Barry Johnson granted the Waco Police Department with Autism Sensory Kits valued at $13,000 paid from forfeiture funds seized from criminals. The bags and the training for their use help officers in dealing with the special needs of those with developmental or cognitive challenges. 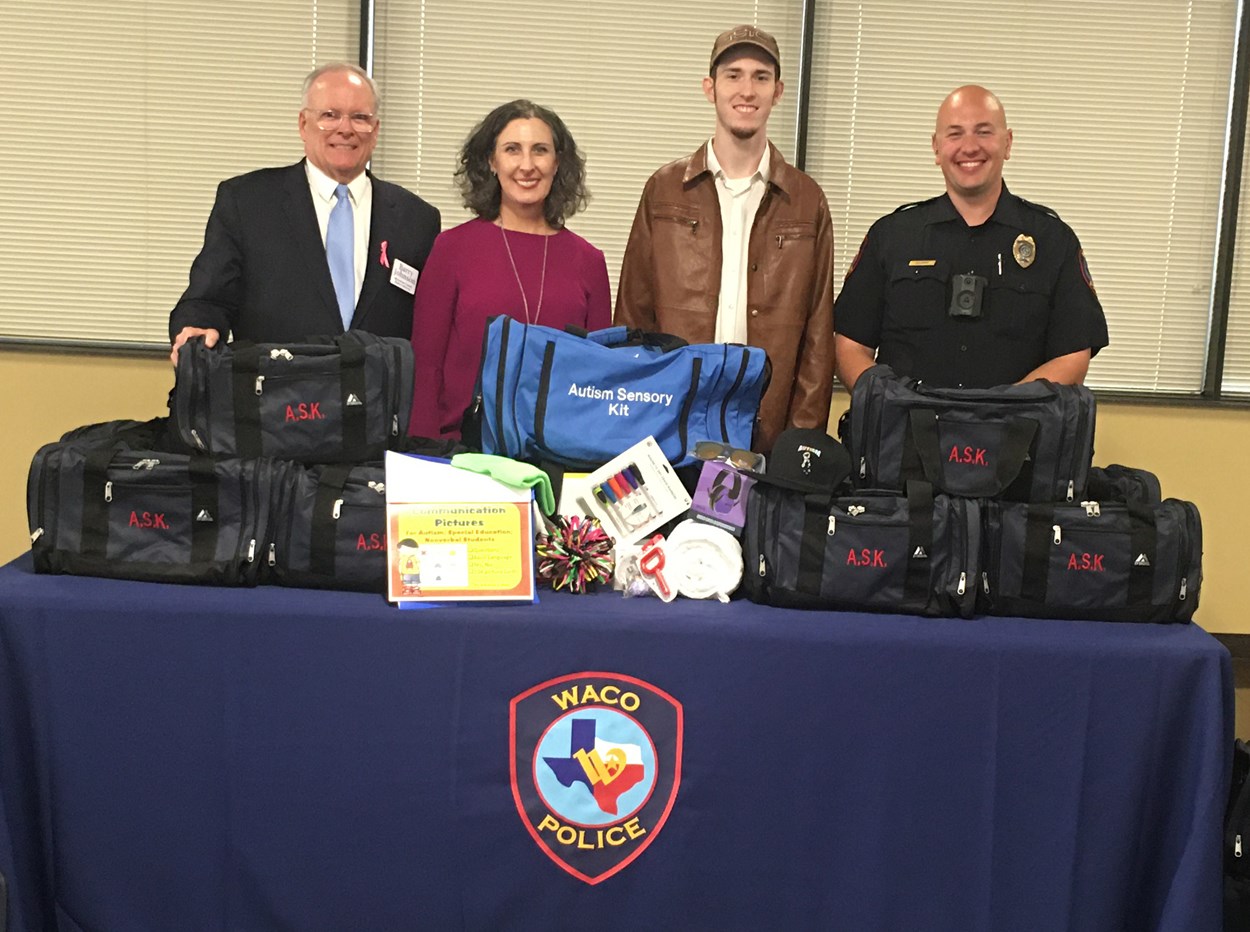